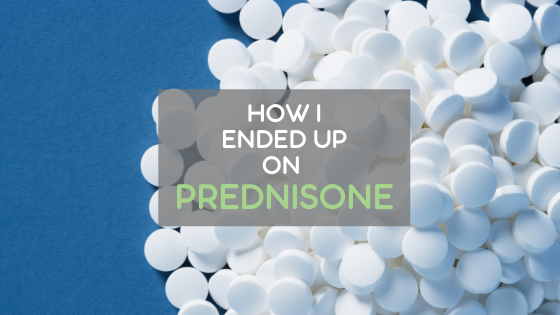 Hello! I am Megan, a 30-something year old pharmacist and mother in the southwest United States diagnosed with ITP in October 2017.

*This was originally published on ITP & Me as a guest post.

Shivering in 5 layers of clothes and 3 blankets, I could not get warm even though I had a 104-degree fever, my body infected by mastitis. I ached, moaned, was burning hot one moment, then even the blazing fireplace and more blankets couldn’t get me warm the next. I called my nurse midwife for a prescription of antibiotics for this 6th round of mastitis I had endured after giving birth to four children. Slowly the fever and pain went away.

As I neared the end of the course of antibiotic, the unfathomable happened: I got mastitis again, but on the other side! I was feverish and miserable again and confused as to how the antibiotic failed to protect me from the next bout of misery, my 7th case of mastitis. My prescriber sent a new antibiotic to the pharmacy. This time near the end of the course of antibiotics, something even more surprising happened. I noticed while readying for bed that my skin started to change. Having learned about lethal skin rashes caused by antibiotics while I was earning my Doctor of Pharmacy degree to become a pharmacist, I was immediately concerned.

First my neck looked like a million red dots suddenly appeared. You know those little red dots that are often on people’s chests? Those are called cherry angiomas and are harmless, and I had a few of those. But now I had so many I could not count them. I googled and consulted UpToDate, a high quality medical reference, and determined that I didn’t have cherry angiomas, but something else: I had petechiae.

By morning when I made the appointment with the dermatologist, the red dot rash had spread all the way down my trunk, and onto my thighs. Two hours later at their office, the red dots had spread to my feet, and now my thighs had some oddly-shaped bruises that didn’t come from trauma.

I even had a purpura lesion on my arm I remembered studying in school. My medical training told me I was bleeding inside.

The dermatology physician’s assistant asked his supervising medical doctor to check out the rash because it puzzled him. None of us could find a medical drug reference to show that my antibiotic had caused this rash, but they told me to stop taking it (which I had already done in my concern). I asked them to order a lab draw of blood clotting factors and they looked at me like I was crazy. Finally, they consented to order a CBC (complete blood count) to make sure my blood was okay. I knew it wasn’t. I dutifully took the order and succumbed to the needle in my elbow to check my blood.

Two hours after that, their office assistant frantically tracked me down to tell me my platelets were super low (12, with a normal range of 150-400) and I needed to be seen by my general doctor. But as soon as the general doctor heard why, he said there was nothing he could do for me anyway, and I needed to get to the emergency room (ER) as soon as possible.

When they drew my blood in the ER, my platelet level had dropped to 3, almost undetectably low. I was admitted into the hospital and told I had ITP and that I needed to stay for about a week – a week! I thought, how can I stay a week as a mother of four small children, one of whom relied on me for nourishment through breastmilk?

Receiving urgent care, the medical team gave me donor platelets, 60 mg of prednisone, and sleeping pills to deal with the imminent insomnia caused by the prednisone. Having been on the caregiving side in medical situations, it was foreign to be the powerless patient in a hospital.

My platelets responded to the super high dose steroids, and thankfully they discharged me home from the hospital after 4 days, in time to dress my children for Halloween. I thought my ITP journey was over. But it had just begun.

Little did I know that weekly CBC blood draws, more rounds of high dose steroids followed by prolonged tapers, and the consequent miserable side effects of prednisone were in my future. My week revolved around when my CBC would be drawn since the lab is so far away.

I felt like how my friend with infertility described her monthly mourning cycle when, yet again, her hopes were crushed as she found out she was not pregnant because her period started. My weekly blood draw, the rollercoaster of emotions from hoping my platelets stayed high, to the devastation that again they had crashed, and my doctor needed to raise the horrid prednisone dose again.

When the bandage on my elbow after my CBC blood draw started dripping blood onto the floor several minutes after it should have stopped bleeding, I guessed my platelets had crashed again, and told my doctor I bet the platelet level was 22. I was close—this time it was down to 27. My doctor said I was no longer responding to steroids and needed to try another therapy. I submitted to four courses of rituximab (Rituxan) infusions, chemotherapy designed for blood cancers, and miraculously my body responded.

I hope it persists, but chances are that the ITP will probably revert around a year after the $40,000 treatment. I recently graduated to once-a-month blood draws and hope to someday graduate to once-a-year.

Have you been tested for coronavirus?

As Jess, a Prednisone Warrior, commented on Facebook, “That swab sucks! Felt like they were trying to biopsy my brain!”

That long swab goes down your nose and to your throat and feels like it might go to your brain!

No One Likes Being Tested

Many on prednisone also have to be tested for other things.

When I was on prednisone, I had to have my blood tested at least once a week.

I didn’t look forward to driving all the way across town to get my blood drawn.

I could have gone to a lab a little closer to home, but it was in an urgent care, and I didn’t want to expose myself and my children to that many sick people every. single. week.

It seemed like I had to plan my entire life around this one weekly event.

Having enough time to drag my children into car seats, drive there, park, unload and build the stroller, load the baby’s car seat into the stroller, sit and wait in the waiting room while making sure the children didn’t bother anyone else, struggling to read them stories while not bothering others around with “moo! baa!” noises, having enough snacks to keep them happy, and getting back home in time for the older siblings…

Then trying to keep them from making other embarrassing comments about the process of getting my arm pricked.

Having the tight rubber tourniquet, the acrid smell of alcohol wipes, and a jab in the arm is unpleasant enough, but add in a small child saying, “Ow! Doesn’t that hurt, Mommy?” just adds to the unpleasantness.

I always tried to “go to my happy place” with deep breathing and visualization techniques, but the children somehow found a way to bring me right back to the present.

I know many other people cannot tolerate needles.

I was frankly surprised the number of times I read in chart notes for my day job, “patient has extreme needle phobia” so cannot use the injectable kind of medication, and must have the pill form instead.

Prednisone might be extremely unpleasant with over 150 side effects, but at least it’s a pill.

At least we don’t have to inject it!

Many complain about the nasty taste of the pill…

But it truly does save lives.

Driving across town to get my blood drawn, and taking the prednisone every day, truly saved my life.

I just wish there had been something that made the whole process a lot more pleasant.

That’s why I invented Nutranize Zone.

It won’t help with needle phobia…

But it sure can help you feel so much better while taking prednisone.