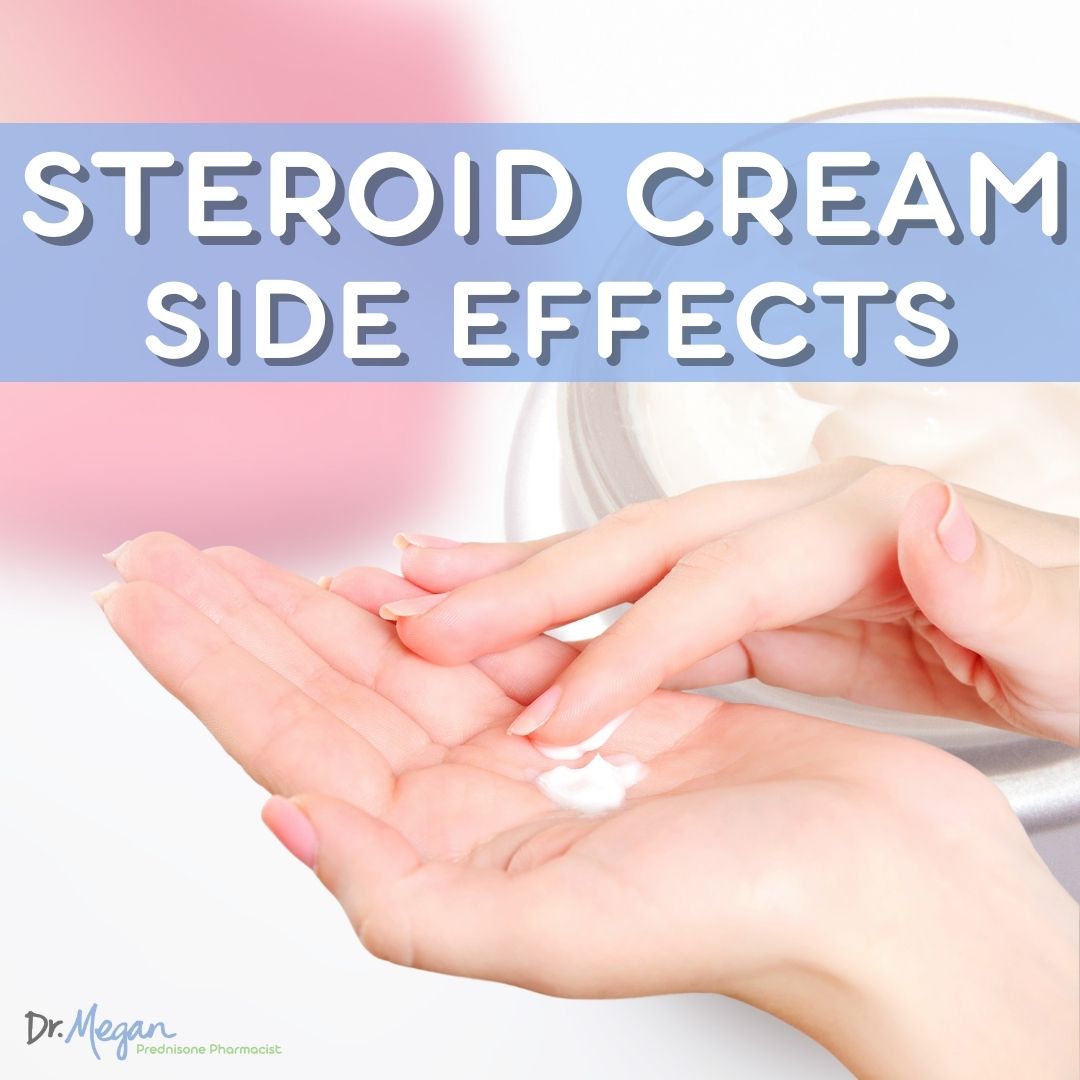 Steroid creams work wonders for conditions like eczema, psoriasis, and itchy rashes. Also known as topical corticosteroids, creams like hydrocortisone are available without a prescription to help with the redness and inflammation common with bug bites, allergies, and other rashes. However, the downside is steroid cream side effects.

Jennifer Thomas interviewed me for her article, “What to Expect When Using a Steroid Cream,” on the Optum Perks blog. It was published today!

She only included a few of the details I shared with her in the interview, so I included the full interview contents here for you to understand my perspective about steroid creams. (Each question she asked starts with a [*]. The details below these questions I added for this article.)

*How do steroid cream medications work?

Steroid cream medications work by turning down the body’s inflammation system. Normally, when you get a rash, there is redness and possibly itching, heat or swelling. Those are signs of inflammation. The steroid cream stops some of the cascade of signals in the body that make the inflammation continue. It’s like putting a dam in the stream, blocking the signal from reaching the parts of the body that would release the redness.

And, what should readers expect to happen in the first week?

It depends on what you need to use the steroid cream for. If it’s a simple rash, often you can feel the rash redness or itchiness disappear in a few hours or days. If it’s a more complicated problem, it might take a few days. In the first week, if the topical steroid cream is going to work, there should be some noticeable difference, with less discomfort than before.

*Readers might be confused with the steroids MLB players take to break home-run records. How would you clear up that misconception with a patient?

Confusing steroids that athletes use with the steroids in steroid cream is understandable. The baseball players that use or abuse steroids are taking “anabolic” steroids. They are related to the male hormone testosterone and build up muscle.

The type of steroid in steroid creams are corticosteroids, which are actually the opposite, or “catabolic.” They actually break down muscle instead of build it up. All steroids are similar in how their chemical structure looks. But the way they act in your body is different. So the term “steroid” is a group term, kind of like how the word “athlete” represents all people who compete in sports.  Then “anabolic” is like saying “baseball athlete” and “corticosteroid” is like saying “swimming athlete.” Two different types of the same category.

Steroid creams should only be used when the benefit clearly outweighs the risks. The benefit is relief of your rash, redness, itching, scaliness, heat, or pain. If you’re not getting any benefit, then definitely stop using it.

There are many risks (Side Effects) to steroid creams.

How Long Should I Use Steroid Creams?

This is why steroid creams should only be used for the shortest time possible. Once the rash, itching, redness, etc.–the reason you started using the steroid cream–is gone, then you should stop using it. Only use it when you actually need it; topical steroid creams are not meant to be used long-term.

Which Steroid Creams Can I Get?

Steroid creams are available over-the-counter in a mild version, such as hydrocortisone 0.5% and 1%. Stronger forms of steroid creams require a prescription from a doctor, and include mometasone, betamethasone, and clobetasol (among others). Prescription topical steroids can also come as ointments, lotions, shampoos, sprays, or foams.

Since I’ve had eczema most of my life, I’ve used many steroid skin creams. My hands often get the worst symptoms of eczema, starting out as red, somewhat itchy bumps. This can progress to patches of red, flaky skin. If I leave it untreated, the eczema skin starts cracking and even bleeding.

Elbow Eczema – Can I use steroid cream?

During times of stress, my eczema tends to worsen. When I was engaged to be married, my eczema went to a new place: my elbow pits (technically called the antecubital fossa). I was mortified that my short-sleeve dress would show my inflamed red skin, so I diligently applied steroid cream to my inner elbow.

Unfortunately, instead of red skin in my wedding pictures, I had whiter skin!

The mometasone steroid skin cream bleached my skin, so I had patches of paler skin than the rest of my arms. It’s called hypopigmentation and is preserved for my posterity in all my wedding pictures when my arms were exposed.

Eyelid Eczema – Can I use steroid cream?

Eyelid eczema feels embarrassing to me. People wonder why your eyelid is either red or peeling. It’s not pretty…

The problem with eczema on the eyelid is that you can’t use a steroid cream there. The eyelid skin is too thin. If you use steroid creams on eyelids, it can thin the skin even more… not a good idea.

That’s why when I worked as an Appeals Pharmacist, doctors often requested alternatives to steroids when their patients had eyelid eczema. Some alternatives that may work include:

Can I be Allergic to Steroid Creams?

Since eczema tends to run in families, you’re probably not surprised to hear that I have several family members who’ve struggled with even worse eczema than mine. Their symptoms have been so disabling that the eczema rash spreads across so much skin that they have a hard time walking. Lost sleep from itching rashes. One sibling even suffered a skin infection from the skin thinning and breaking, letting in the bacteria.

What Can I Do about Steroid Cream Side Effects?

Only use steroid creams for the shortest time you possibly need it.

If you’ve suffered skin thinning, it’s possible that collagen is involved. Consider supplementing with collagen to give your body the fuel to build your skin back up.

If you’re suffering worsening rashes, redness, or burning, be sure to contact a doctor.

Like prednisone, the pill form of steroids, steroid creams can relieve much suffering, but can also cause many side effects. Be sure that you find the balance between benefits and risks before you use steroid creams long term.