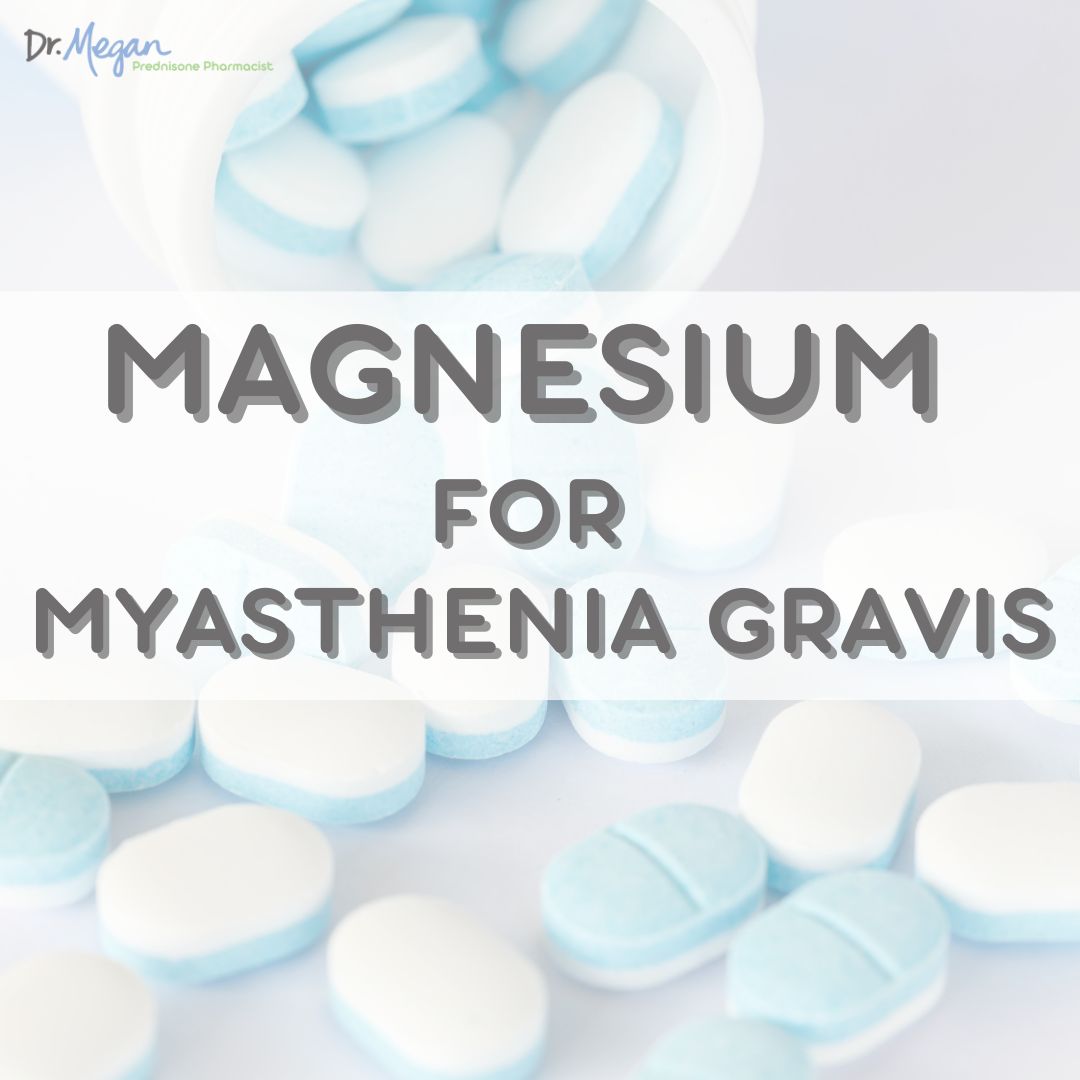 People on prednisone who have MG myasthenia gravis have been told to avoid magnesium. Because there are case reports that people who took prednisone had myasthenia and had an IV or intravenous magnesium went into myasthenic crisis!

Check out this new video about Magnesium and Myasthenia Gravis.

Can patients with Myasthenia Gravis take supplemental oral as in a pill form magnesium? The medical doctor answered

The only evidence is with IV.

And so then I asked, “Well, what about melatonin? Because people have wondered, can I use melatonin with Myasthenia Gravis?” And she said,

There’s no great evidence that you need to avoid melatonin either.

If you have myasthenia gravis and you want to take melatonin. That’s really between you and your doctor.

But the evidence today does not mean you can’t. We know for sure you cannot use IV intravenous in the hospital.

Magnesium? That’s too dangerous, that’s too much all at once in your, in your blood. So your gut is really good at using magnesium and not letting you get a poison high amount into your  bloodstream.

In fact, you’ll probably die if you don’t get any magnesium at all. So you can’t just avoid all magnesium.

If you want to know more about myasthenia gravis, you should also watch this video.